When Wagner Hills Ministry contacted Centra’s founder, John Tilstra to assist in the renovation of Wagner Hills “New Life Centre”, the response by Centra was overwhelming! 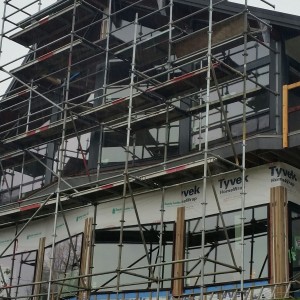 Wagner Hills Ministry is a faith based drug and alcohol rehabilitation center that has been operating since 1981. They have both a men and women’s facility, located in the Township of Langley’s Glenn Valley (Men’s Centre) and Campbell Valley (Women’s Centre). Since opening it’s doors in 1981, Wagner Hills has helped close to 5,000 men and women who are trapped in destructive lifestyles. Their programs work to heal men and women in both body, mind and soul, and incorporate counselling, worship, group sharing, bible studies, peer evaluation, education, and much more. 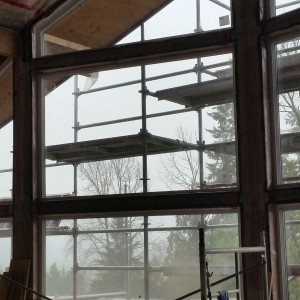 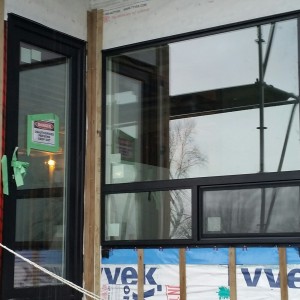 “The New Life Centre is the building which houses the kitchen and dining area, as well as the classrooms, offices, and counselling. It’s the hub where everything happens. The building is approximately 25 years old, and was in desperate need of a renovation “ says Justin Froelich, Fundraising & Special Events Manager. “When we first reached out to Jeramy, our initial goal was to see if Centra Windows would be able to help us with this specific project.”

Jeramy Smith, Langley Project Manager from Centra Windows, contacted Justin immediately, and after seeing what was needed, set to work helping Wagner Hills in any way possible. Smith says “I have worked with Wagner Hills in the past on three different occasions. They are a great group who do a lot of great things for our community. Businesses strive for profit, but sometimes profits is but aside to reach out and help those in the community. It is a small way we can give back and I was very willing and proud to be able to help out.”

Centra saw a way they could help Wagner Hills, and the result was the providing of all new windows and exterior doors at drastically reduced prices, as well as a $5,000 donation to the organization.

Garett Wall, President & CEO says: “We’ve been in business for over 30 years in BC. One of the things we learned early on is that success in business means you can’t take without giving back. Being a good corporate citizen is more than just creating jobs, it’s about supporting the communities in which we operate. You have to connect with community and find ways to align and support it. There are many individuals and groups who rely on donations and support from business to fill in the gaps for government funding or to support increasing competition from charitable organizations”. 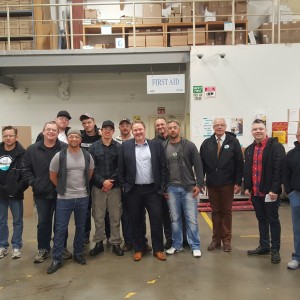 “The response in donation of material, funds, and volunteer work that we received from Centra Windows was overwhelming to say the least. Many of our residents were clapping and giving each other high fives when we announced to them Centra’s involvement” says Froelich “ I want to personally thank you all on behalf of everyone at Wagner Hills Farm Society. To have companies and supporters like Centra Windows allow us to continue to help those who are stuck in addiction. Many of our residents go on to completely change their lives and give back to the community. None of this is possible without companies like Centra. “