Today was unlike any other day on this tour so far.

We witnessed a “Checko” (boy) get lowered into a garbage hole, about twenty feet deep, with belts from all his buddies. He lost his soccer ball in the hole. It was quite a site to see!

The boys first tried to lower Clarke into the hole, but he refused to help them out with getting there ball (I don’t know why he didn’t want to get lowered into the Garbage hole by belts, I mean it could be an experience right?)

The hole is where the school children/teachers put their garbage. There is no usage of garbage cans as everything is just thrown on the ground. Everything.

It is quite a nice country, today we were lucky enough to have the opportunity to tour a farmer’s field. This farmer’s field was on a side of a mountain, nothing like the farms we have here in the Fraser Valley.

In order to make the steep landscape work for them, all the crops in the field are first rotor tilled, then seeded, and then watered and sprayed of bugs, and then finally picked. All by hand.

Nicaragua is beautiful, and I have enjoyed getting to know the culture and the people, but it does seem as though it is at least 40 years behind, technology wise. Everything is done by hand, horses are their “engine power”; it’s like stepping in a time machine of sorts.
Back to the soccer ball predicament…The boys ended up finding there ball, but not before the one boy took a dive into the hole when a belt broke! Luckily they are very humorous, light-hearted people and they shook it off with a few laughs. Before you knew it the soccer game was right back on! 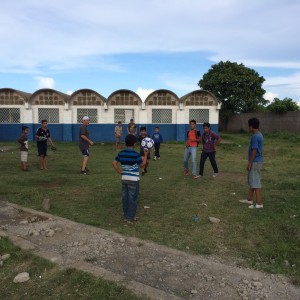 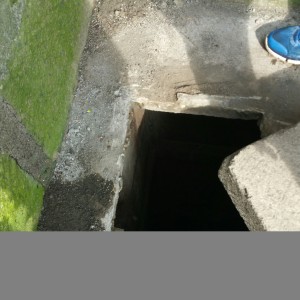