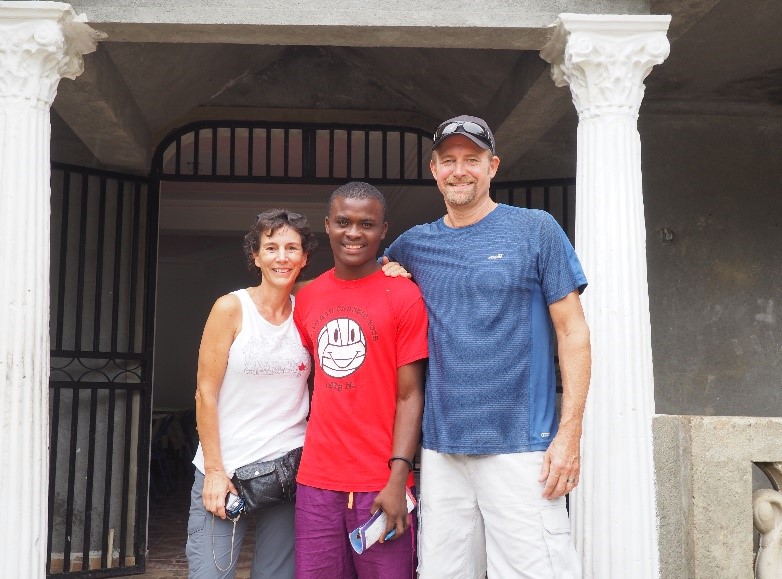 You don’t know exactly what to expect when travelling to a very remote part of Haiti, but one thing is certain; there is comfort in travelling as a group.  The first new reality was hopping in the back of the big blue cage truck and getting transported through Port au Prince over the mountains to Jacmel, several hours away. Immediately we noticed that the uncontrolled traffic had a definite pattern; and that pattern was chaos. As we drove through the city we realized that life in Haiti is more about making it through today than planning for the future. After a couple of hours of steep hills and tight curves on one of the few paved roads, we arrived at Jacmel to be treated to good food, a swim and a comfortable bed. The next day was Sunday and in stark contrast to the dirty streets lined with garbage, there were hundreds of people dressed  meticulously in clean pressed colourful clothing making their way to Church. 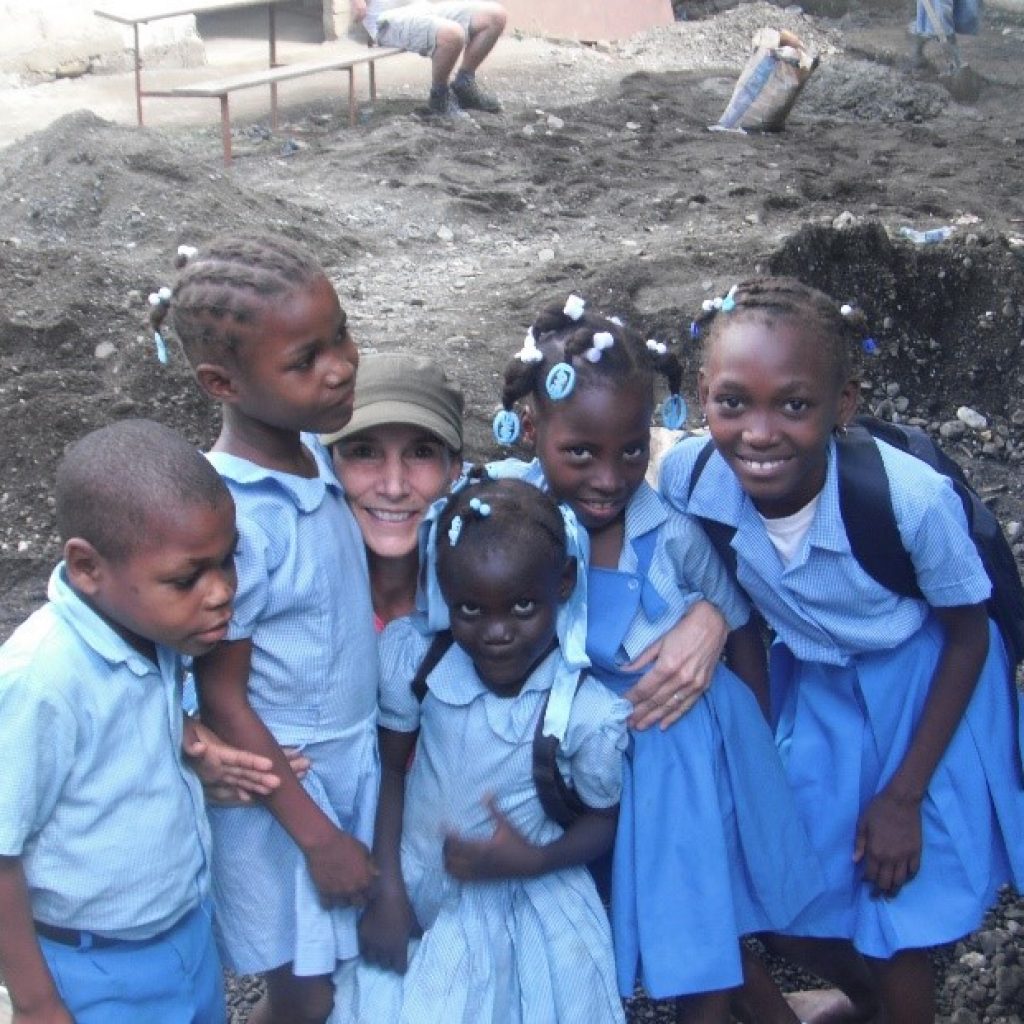 After a few more hours in the back of the truck on a barely perceptible river rock road and multiple river crossings through water up to 3 feet deep, we could go no further except on foot. The next 1.5 hours of mountain hiking with packs weighing up to 50 lbs. took us to our destination. If that sounds easy, it wasn’t, but the setting was beautiful, and we found out that Lisa can out-hike Ed, and I will gladly let her. 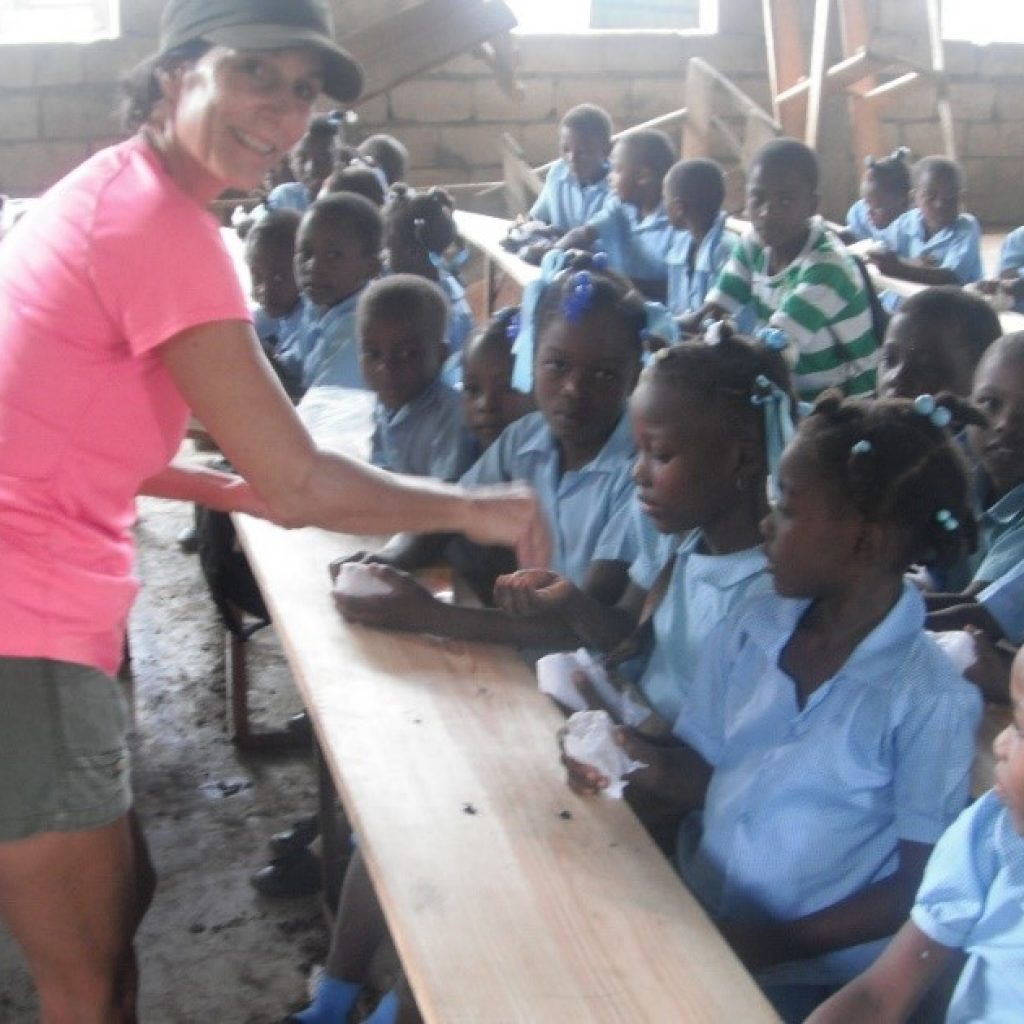 We were shown to our newly built  bunkrooms with fresh sheets and pillows, block partition walls to an open ceiling, so we could all enjoy the loud snorers. We soon realized that it would be impossible to maintain good houskeeping because nothing in Haiti ever dries out unless it’s in direct sunlight, and we were there near the end of a rainy season.

One of the first things for John, Doug and I (over 100 years combined Centra experience) to do, was install some solar lighting; first in the bunkhouse, then in the building below that housed teachers, staff, kitchen and dining room. 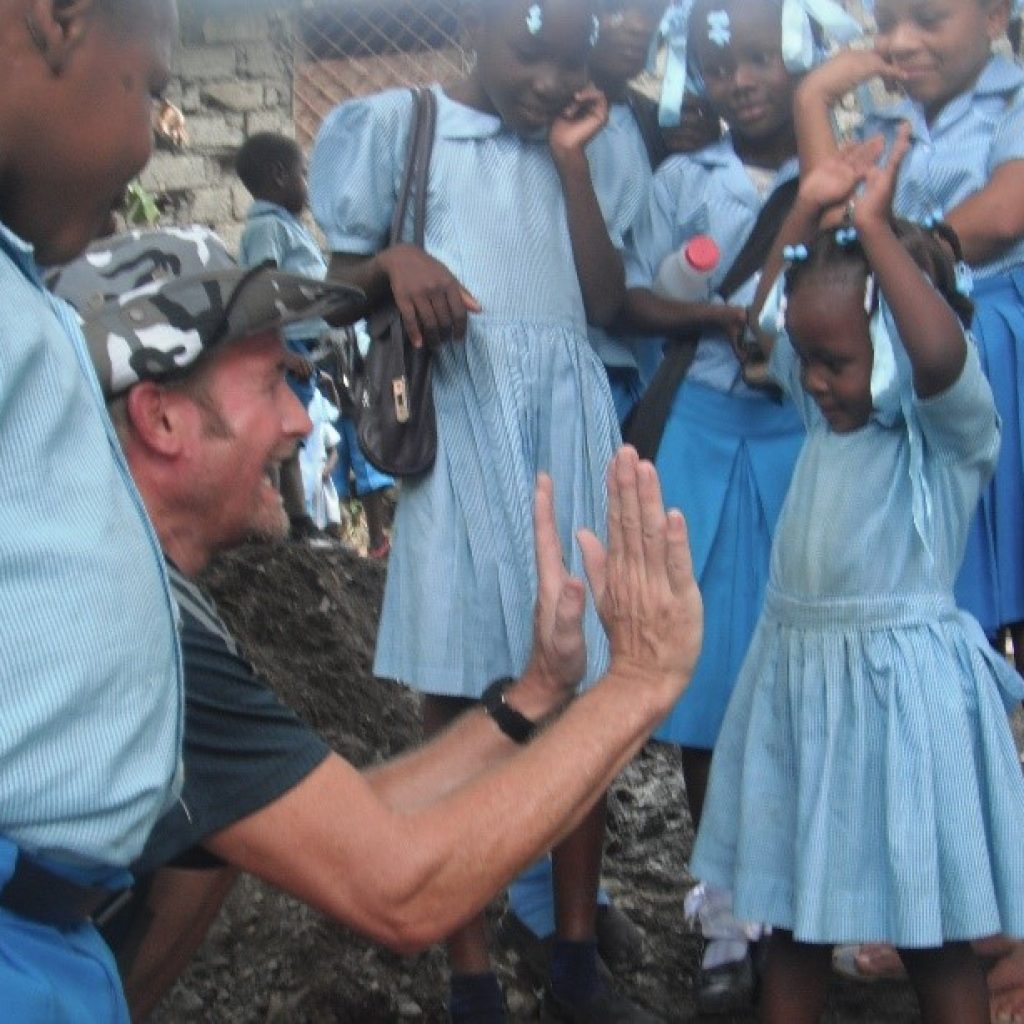 The following days were filled with hard work building desks, block walls, trusses, carrying mortar and bricks, playing with kids, swimming in the river and eating great food. For Lisa and I the absolute best part of the trip was to see how happy the kids are at the school. Many of them walk 2-3 hours each way, some even longer, and they arrive clean and smiling in their school uniforms, curious as to what the white people are doing there. Aside from the most fun thing of handing out Skittles everyday, some of Lisa’s favorite things were spending time with the kids, handing out lunch to the kindergarten classes, sneaking food to the dog under the table, and she even enjoyed helping the guys with brick work by stuffing paper in the gaps where the concrete leaked out. My favorite things about Haiti are the beautiful people, their ability to enjoy life with bare minimums, the way they care for each other, and the crazy way they drive in the city. It was also a really neat experience to watch as the hillsides came alive with local activities in the mornings.  We were all amazed that over 400 students attend the Marbial school because there is no town and we could never see more than a few houses at one time.

We both greatly appreciated the hospitality we were shown at the base in Marbial, and the opportunity to help our new friend Milo continue his education. We value the relationships that grew and became more meaningful with our team members, and we pray for God’s blessing on the people of Haiti, that they will receive government that cares for them and leads them with hope for a better future.

This update by Ed Vandermeer.