What a start to the trip, not in any way we could anticipate. After many delays in Houston we finally landed in Nicaragua about 7 hours behind schedule. We met up with Wally & Rob loaded all of our luggage into the truck & trailer and started the final leg of our journey.

Unfortunately our bad luck had not run out and one of our vehicles was involved in an accident with a motorcyclist. Fortunately for us none of our team was physically injured, those in the vehicle were a little shaken up from it. The motorcyclist (Louis) was taken to the hospital and thankfully the most serious injury was a couple of broken bones in his leg. The driver (Rob) of our vehicle had to go with the police and so the rest of the team piled into 3 cabs. We finally arrived at the compound around 3:45AM local time,  24 hours after leaving Centra.

When we awoke Rob had been released by the police and at this point has been cleared of responsibility for the accident, which is a huge relief for Rob and us. We then enjoyed a delicious breakfast, had a tour of the property and saw a lot of variation in agricultural techniques as Wally experiments with the best way to grow crops here.

Later in the afternoon we loaded into 2 vehicles Nicaraguan style (sitting in the truck bed, hanging out of the back of the jeep) and headed down to Mojica for a Bible study and to see the work that was done by the previous team we sent two years ago. It was amazing seeing John & Corrine reconnect with some of the members of this community, pictures were updated (yes Garett we met the little girl who stole your heart) and we tried to communicate with our limited Spanish.

The community members expressed their gratitude for how we have made a positive impact on their lives and eagerly showed us around their homes. Jake made friends with all the kids by handing out Skittles but they still would not give him a high-five by the time we left.

It is now dark, dinner is done and the effects of about 8 hours of sleep for most of us in the last 48 hours is sitting in. Tomorrow we start the work on the medical clinic. 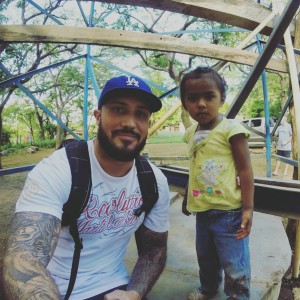 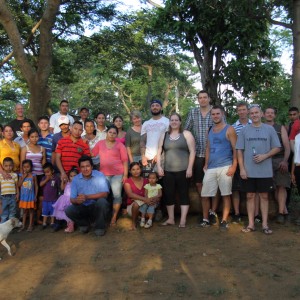 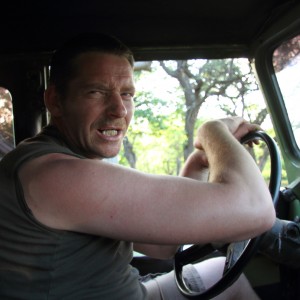 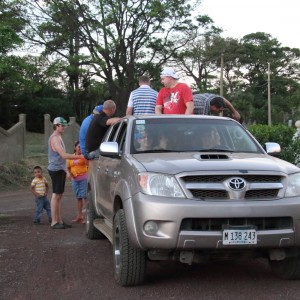