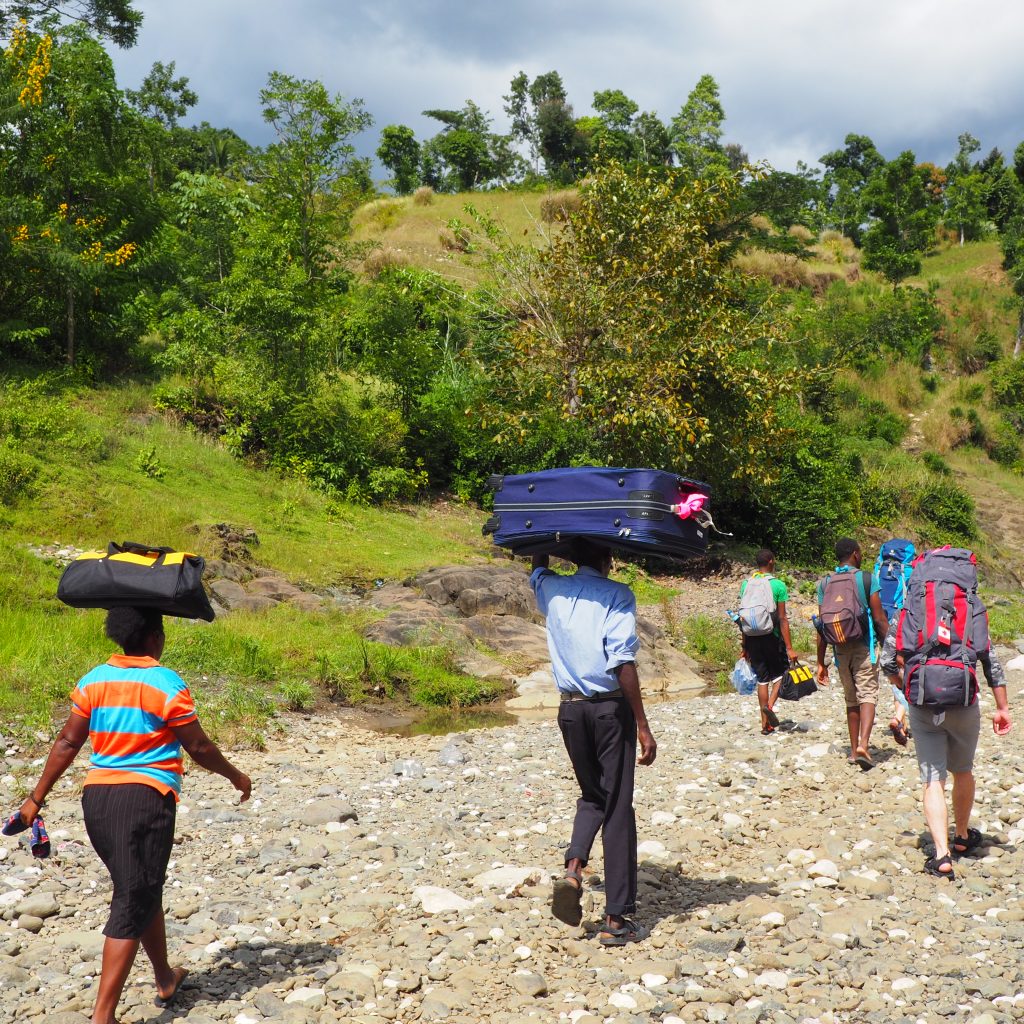 Well, where to begin?

I started Sunday morning waking up to waves crashing against the shore and my roomy Kyle in a slight snore. The sun rises early in Haiti, so it’s hard to tell the time but I think it was a little after six am. So I decided to take in the morning view and go to the patio deck to find a cup of coffee, but what I found was Jeff, John and Doug already up enjoying the morning scenery and solitude, so I joined them.

The following next few hours were spent in conversation, excitement and nervous anticipation for the adventure to come, as everyone woke and joined the group. We all had breakfast and packed for our trip to Marbial. As we stood out front of the Hotel waiting for our Big Blue caged truck to show up there was nothing but smiles to be seen. Finally, our truck arrived and we packed it up with the help of three young men, Kenault, Jonas and Milo and we were off.

We now had a two and half hour drive to the market and from there we would need to hike for one and a half to two hours up the mountain to Marbial. In the back of the truck, we had the three young men, John, Andrew, Jeff, Jeramy, Lana, Doug, Ed, Lisa and Steve and following behind us was a little black truck with the rest of the crew in it. As we drove through Jacmel and up into the mountains following the river all the way, you could hear numerous conversations about the beauty of the scenery, and in the same breath the shock of the pollution, garbage everywhere!

We followed the windy river through the mountains running out of road and making our own, crossing the river many times in our big blue cage caravan. At every corner, there were little clusters of homes, children, animals, and women doing laundry and then we made it to the market. By now it was about 12:30 pm and it was starting to get hot and really humid as I jumped out of the big blue cage, I was immediately met with a huge smile and handshake by a local named Toto shouting Bonjour to our whole crew. He was truly happy to see us and made me feel very welcome and charged with energy.

I thought “I’m going to crush this hike and day”. So we all put on our packs and lead by Jeff and Lisa Bontkes, we started our hike. I noticed as we started up the river that we had more than just our group, we had women, children, young men and girls with us carrying all our tools, extra luggage, vitamins, and clothing. It was amazing to witness and I was in awe at that moment.  Our hike began and up, and up we went and with each step I had a little boy or girl pass me, carrying luggage. The girls carried luggage on their head and the amazing thing about this was they were dressed in their Sunday best for church and weren’t even breaking a sweat. 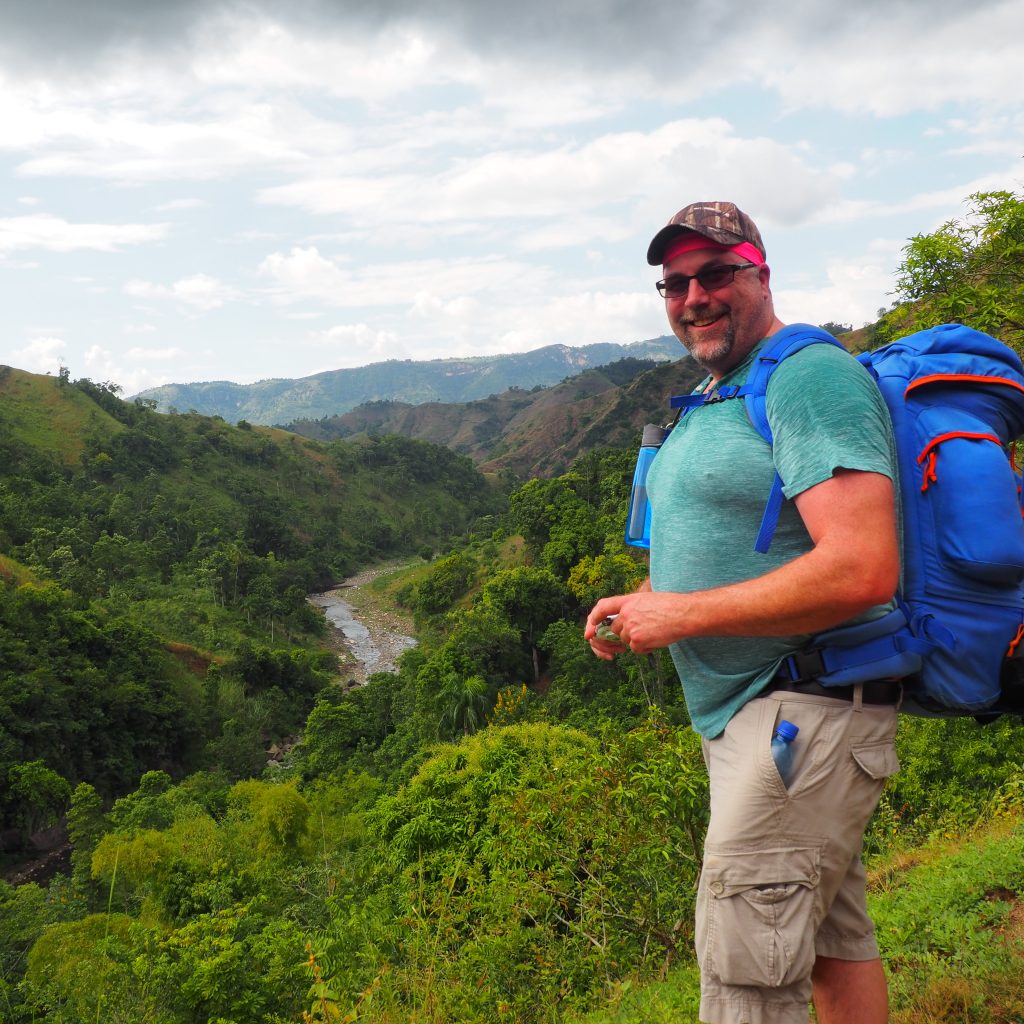 I began to get a little discouraged towards the end of the hike when the little old ladies started passing me and asking if they could carry my pack. Soooo… I did say no but I can’t lie that I didn’t think about, it was very hot and humid, LOL. We made it to Marbial by 1:30 pm and it was one heck of a hike but our journey was only half over. We still had to hike to the other side of the valley and start the forms on the school addition before it got dark and Jeff said we were behind schedule and had to pick up the pace. So we all quickly dropped our gear at our new home for the next five days and raced down the mountain to get to work on the school for the first time……. To be continued

This update by Dan Holmes.